Drones are commonly used during rescue operations, However, no one suspected that they will be able to find a missing person at a height of over 8000 m. As it turns out, it is possible. 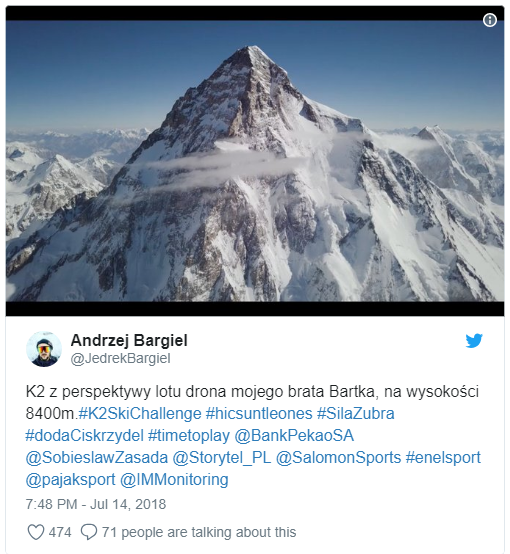 Rick Allen, one of the world`s best known mountaineers, went missing on 9th July 2018 during summit attempt on Broad Peak, world`s 12th highest mountain located in Karakorum Mountains. The fate of the mountaineer was unknown until 10th of July, when he was spotted by a crew from K2 basecamp. Due to the rescue operation involving the drone DJI Mavic Pro, Rick Allen was safely brought down to basecamp.

The drone which made the rescue possible was piloted by Bartek Bargiel. According to the specification, DJI Mavic Pro can fly up to 5000 m. However, during the rescue operation drone took a photo of K2 at a height of 8400 m.