DJI was set to announce the new Mavic 2 on July 18th, but the ‘See The Bigger Picture’ event was unexpectedly postponed, because the company wanted to ensure that they can exceed customers’ expectations for our technology by the time of the event, so the drone has yet to be officially unveiled. But the drone has already appeared in the latest catalog by the UK retailer “Argos”, and the listing reveals that it will supposedly be offered in “Zoom” and “Pro” versions. 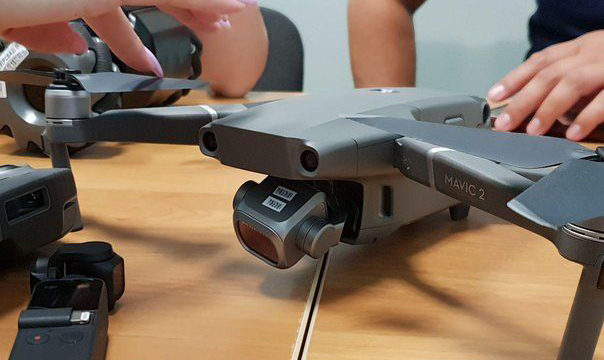 The description in the catalog states that both, the DJI Mavic 2 Pro and the Mavic 2 Zoom, will be small and powerful 1080p drones that can fly up to 20m/s (~45mph compared to 40mph in the original Mavic Pro) for up to 31 minutes (compared to 27 min in the original) and transmit video from 8km (~5mi) away. Other features include omnidirectional obstacle sensing with APAS and Active Track 2.0.

The difference between the two versions will be the gimbal: the DJI Mavic 2 Pro will feature a 1-inch CMOS sensor behind a Hasselblad-made camera and the “Zoom” version will have a 2x optical zoom lens (24-48mm equiv) and the ability to do dolly zooms.